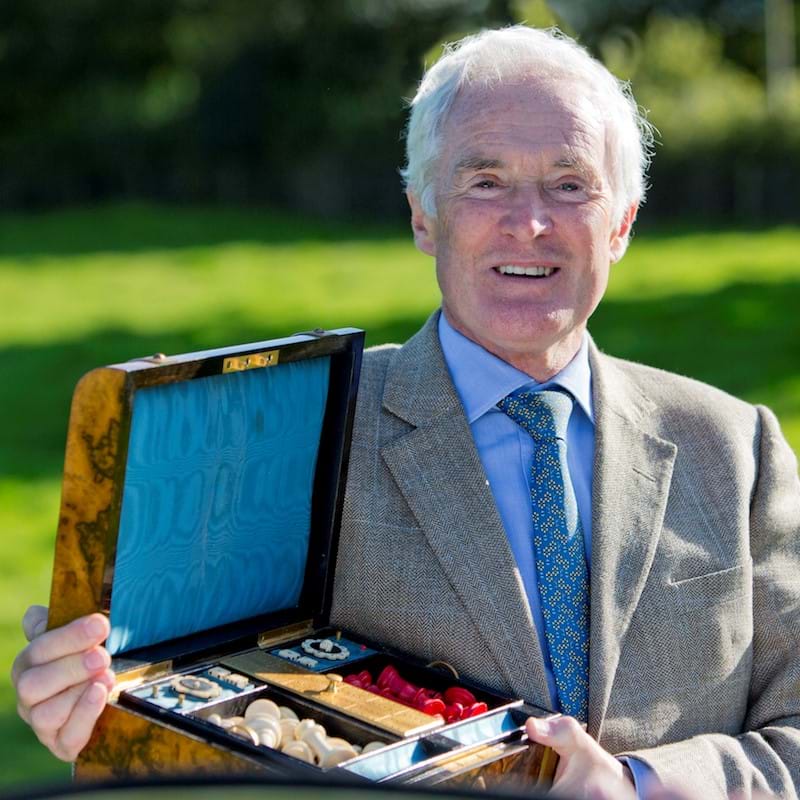 Anthony has been a director of Lawrences since 1986 and enjoys living and working in the West Country.

He catalogues the objects of Vertu but has a wide general knowledge which keeps his interest in many fields and he enjoys the research that can make all the difference to a successful sale.

Anthony has had the enjoyment of finding some exciting things in the course of his work. A valuation for a long standing client in Scotland unearthed a 17th century Map of North America and Canada. The map was both rare and valuable in showing early Colonial settlements and was bought for £203,150. The fact that it was lying forgotten beside some water tanks in an Aberdeenshire attic makes it one of those charmed discoveries that he will not forget!

“We thoroughly enjoyed the whole process and your wonderful enthusiasm. A one off memorable experience for all of us...”